skip to main | skip to sidebar

Cute 'N' Creepy are happy to announce that a new artist has agreed to allow us use of some of his designs, and a new range has been created with them.

Mark Pexton's designs veer towards the more creepy side of things, but they have some more cute moments too.

Check out his range here
With prices starting from 50p there is something to suit everyones pocket.

And to whet your appetite here are a couple of his designs... 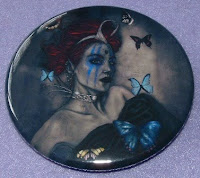 Also last night we had our first order from Brazil...goes to show the internet certainly makes it a small world...:-)
Posted by Cute 'N' Creepy at 5:40 am 2 comments:

Well, it has been a while hasn't it. You know when I started this blog I honestly had the best of intentions...but much like my attempts at keeping a diary things stopped rather soon after me starting it. Let's see if it will be second time lucky eh...:-)

I am currently working on Issue Six of my zine Ethereal Tales
Copies can be bought from the shop at £2.50 per copy
(plus P&P according to where in the world you are).

**********************************
And lastly I recently had the chap from the council come round and inspect our kitchen, and I've been given the go ahead to produce cakes from home to sell. So watch this space for more information, once I have the finer details sorted out, about what goodies will be going on sale. 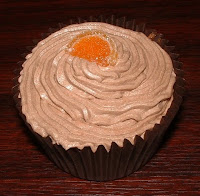 Designs by Wes - Now In Store!


Introducing a new range of designs by Doncaster artist Wes.

Starting with 25mm badges, this range will be also include mirrors, keyrings, bottleopeners and more...all with this great tattoo style artwork.

Take a look at his range at Cute 'N' Creepy here

Yesterday I helped a new life into this world. One of my hens had been sitting and hatched out 3 chicks, plus adopted one from another hen. But one egg still remained unhatched, and as her other chicks were starting to be more mobile she had left it alone...and it was getting cold when I found it. At first I assumed that it was no good, but as I lifted it I heard quite a hearty chirping from within.

Now lots of folk say that you shouldn't help a chick hatch, as if it isn't strong enough to do so it won't survive or thrive. But listening to that little voice I just couldn't leave it to die, so I set about helping it. I gently started to peel away the egg, being careful not to make the membrane bleed. At last it was out and although it was small and curled up it was cheeping for all it was worth. I tried putting it under the hen again, but although she didn't try to do the chick harm...neither did it stay put and mother the little mite.

So I bought it inside, and for the rest of the day I held it in my hands...keeping it warm and safe. Come night time it was starting to be move mobile, but knowing it would be hard to keep in with me all night I decided to put it back with its mother. She was sat tight for the night, so I slipped the chick under her and left them to sleep.In the morning it was with some dread that I went to check on the chickens, a little afraid that the hen might have left the chick again. But I needn't have worried as the little mite was happily pecking around with its brothers and sisters, with Mum proudly watching over them.So yesterdays work was worth it in my opinion, whether it was right or wrong I helped that little being to live and that has got to be a good thing in my opinion.

You can see a video of the chick here, with a guest appearance from our dog Gizmo.

That werewolves, dragons, fairies, unicorns, witches, vampires and so many more mythical and magical creatues can be found within our online shop. As well as these designs you will also find witty slogans, sarcastic comebacks and more on a range of items from badges to mirrors, bottle openers to bookmarks. 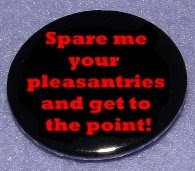 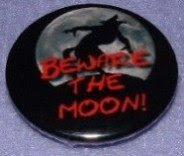 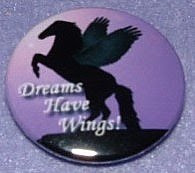 We have two new ranges on the way from artists Leon Atkinson and Wes, these will be coming soon, so watch out for further info and updates.

A sneek preview of the new Leon Atkinson designs 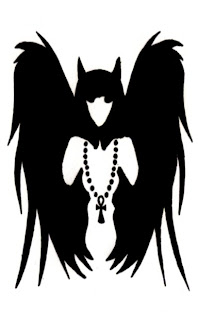 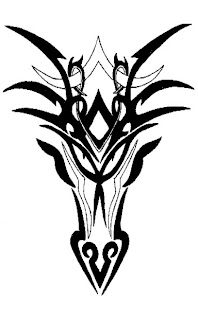 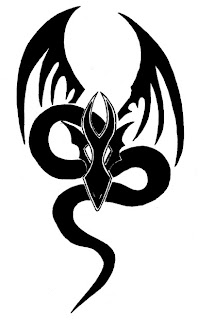 
We now have a link in the online shop to Vistaprint, so if you are in the market for business cards and other promotional merchandise then why not click through and have a look. Many of their items are free, and although you may have heard some bad feedback on this company be assured that I have used them for a couple of years now and have nothing but praise for them. Just remember if you do go and order to read any small print and avoid signing up for a money off scheme which signs you up to a monthly paid scheme...if you do this then I am sure you will be as happy with them as I have been.

Today has been a rather lazy day. It was very hot, and much as I don't like it when it is too cold...I also don't like getting hot and sweaty (well, most of the time...;-) ). Anyway I did do one Cute 'N' Creepy related thing and that was to create a widget so you can take a peek at what I sell on my site (incase you haven't been there yet...what's keeping you eh?!) 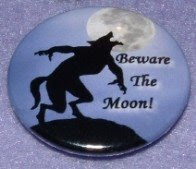 Check out the range here!

Cute 'N' Creepy
I run an online shop selling unique and custom made gifts and accessories at prices to suit all pockets. Why not take a peek, you never know you might just find that perfect gift or something to treat yourself to...:-)

View and sign my Guestbook here
Free Guestbooks by Bravenet.com